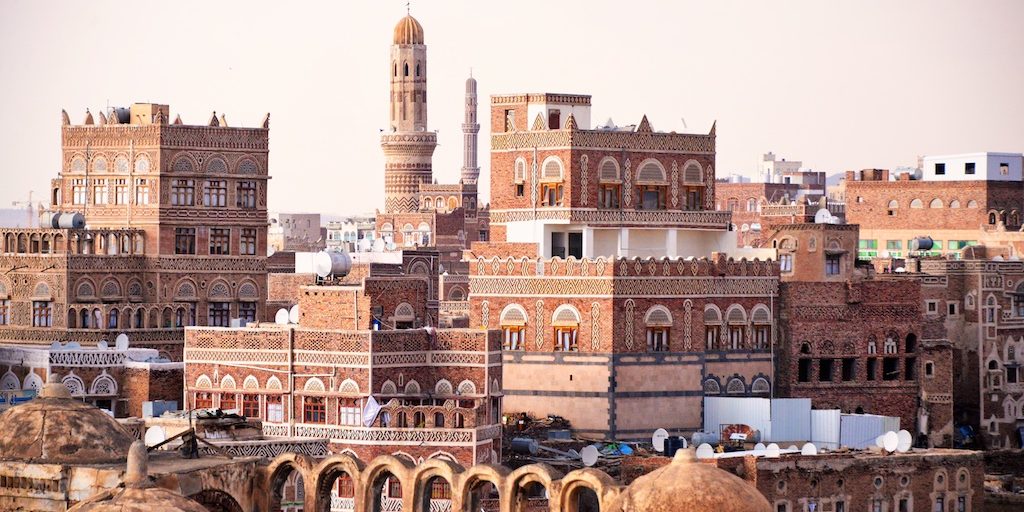 The Country Yemen, officially the Republic of Yemen with its capital at Sana’a, is a country in the Middle East, located in the Arab Peninsula in Southwest Asia.

Yemen is bordered by Saudi Arabia to the North, the Red Sea to the West, United Arabic and Gulf of Aden to the South, and Oman to the East.

Yemen’s territory includes over 200 islands, the largest being Socotra, about 415 kilometers to the South of Yemen, near the coast of Somalia.

Yemen is an exotic country in the southern Arabian Peninsula, a faraway country whose discovery worth the effort.

Yemen is a country dedicated to tourism, and that although, paradoxically there are no modern roads and railways to facilitate the well-known Western comfort.

But, wouldn’t it be ideal a holiday full of adventure?

The prices are very low that the most accessible way to visit Yemen is renting a car or even a driver to run. Is a fascinating country, rich in remains of the first civilizations.

Once with the removing of the danger for the tourists, the main attractions will be the country’s historical sites, beaches, folk performances, mineral springs, camels, a casino, rocky mountains and semi-desert landscape.

Also, the country Yemen attracts dozens of tourists due to its uniqueness cities.

So, do not hesitate to transform the journeys in a custom for the prosperity of your own life.

Therefore, do not hesitate this destination reserved for the adventurous travelers, interested in the history and culture of the Arabs and who are prepared to take a considerable risk.

However, they will be rewarded with the experience of a fascinating destination.

Also, I want to bring to your knowledge that the south is not yet prepared for tourists, being the most dangerous area.