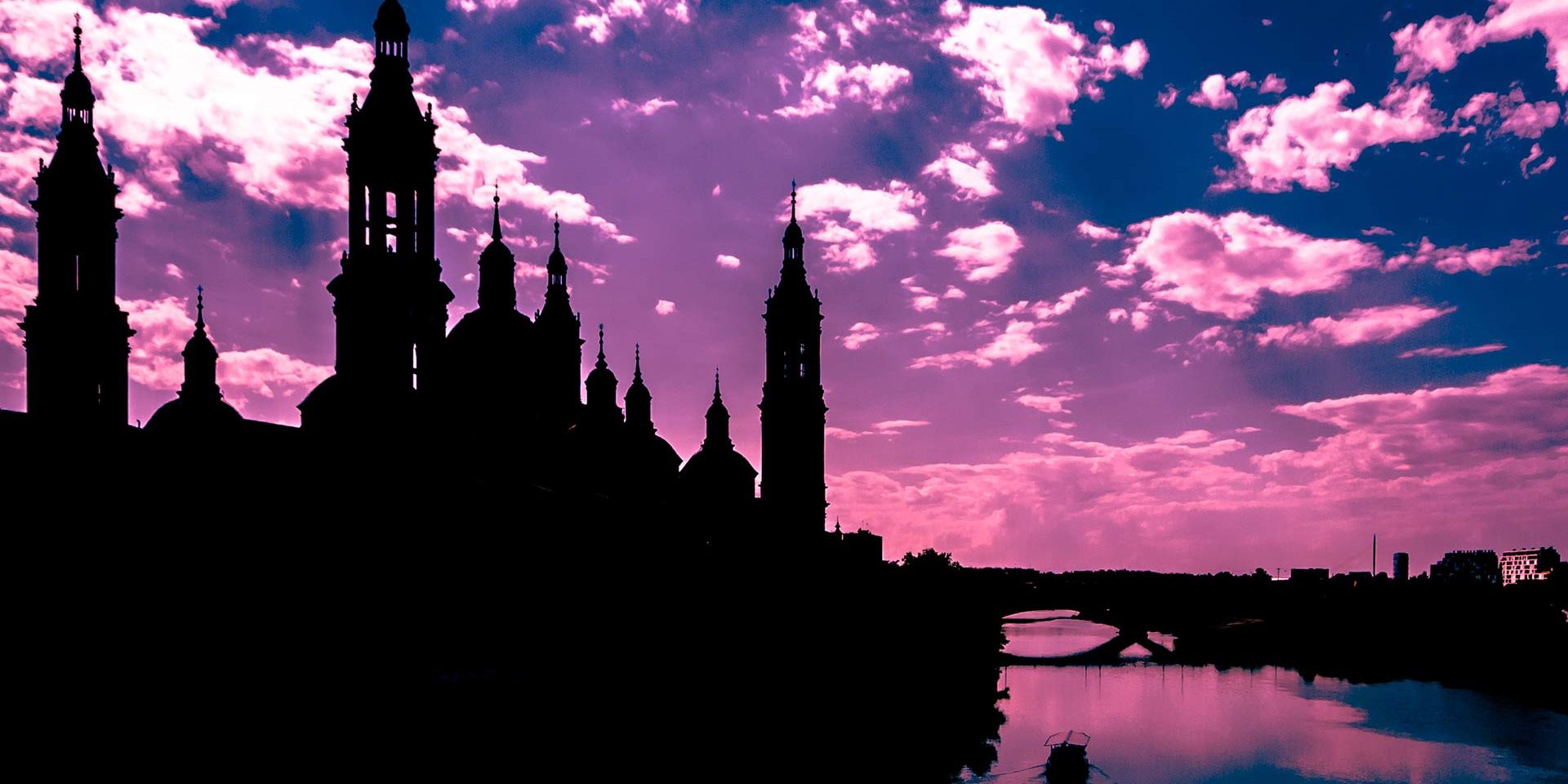 Therefore, today I wish to present you the oldest Marian sanctuary in the world, namely “Madonna del Pilar” hosted by the city of Zaragoza in Spain.

The holy places give us all a special spiritual feeling, it load us with the needed energy for the daily struggle.

The sanctuary of the “Madonna del Pilar” (Pilar in Spanish means pillar), rises solemnly on the bank of the River Ebro, guarded by four towers.

It is saying that in this city of Spain arrived St. Iacob, brother of John.

Discouraged by the failure of his evangelism, he began to cry and pray.

Thus, it seems that around the year 40, Maria would have appeared to him on a pole and would have required the construction of a church in that place.

This desire has been fulfilled, but only after more invasions and releasing of the Muslims domination, once with the unification of Spain in the 15th century, the sanctuary of Zaragoza received the title of national sanctuary, being celebrated on  October 12.

The building of today has a length of 132 m, a large dome in the center of about 80 m, being surrounded by smaller ones and 4 towers which attract everyone’s attention.

The construction was begun by Francisco Herrera the Younger in 1681 and continued by Ventura Rodriguez in 1753.

The form of today it holds only from the end of the nineteenth century.

The chapel in which lies the pillar which supports the statue of the Virgin Mary, a small wooden statue of 39 cm with silver inlay, is the most visited by pilgrims.

The statue was crowned on May 20, 1905 with a Crown ornamented with about ten thousand precious stones, being blessed by Pope Pius X.

The sanctuary of Zaragoza is one of the most important pilgrimage centers of Catholicism, holding not just spiritual, but also artistic values.

Therefore my dears, do not hesitate to visit this sublime sanctuary in your next holiday in Spain.