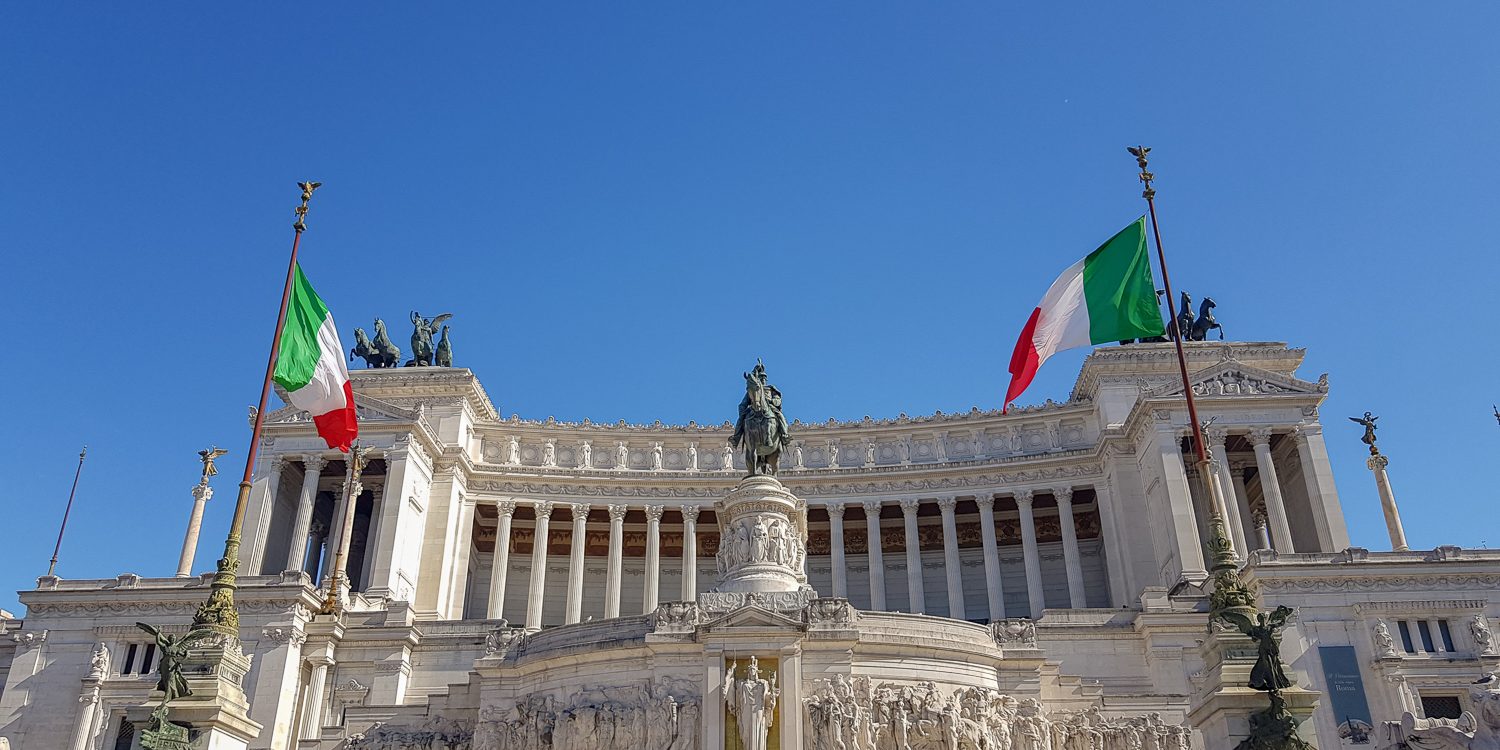 The Altar of the Fatherland (Altare della Patria), also known as the Vittorio Emanuele II National Monument, is a monument built in honor of Victor Emmanuel, the first king of united Italy.

The colossal monument, which has a width of 135 meters and a height of 70 meters, is composed of dozens of majestic Corinthian columns and stairs without end, all carved in white marble.

The facade is crowned with Victor Emmanuel’s bronze sculpture and two chariots led by the goddess Victoria.

Since 1921, the Victor Emmanuel Monument has the tomb of the unknown soldier, built under the statue of the goddess Rome, a place where the eternal flame shines and is always guarded by two soldiers.

The bas-reliefs on the Altar of the Fatherland symbolize the main cities of Italy.

On the other hand, the artesian fountains symbolize the seas which are washing Italy – Adriatic and Tyrrhenian.

Under the monument of the colonial building is the Risorgimento Renaissance Museum. There is also a deposit of trophies and flags. The memorial offers a full panorama of Rome, and in every direction, it has its originality.

Therefore, to get a clearer idea about the beautiful monument, Altar of the Fatherland, I invite you to view the photo gallery.

Before you leave this page, please check out the photo album!

Altar of the FatherlandBy Felix Andries

Altare della Patria is a national monument built in honor of Victor Emmanuel II, King of Sardinia from 1849 until 17 March 1861.