You are here:
Journeys 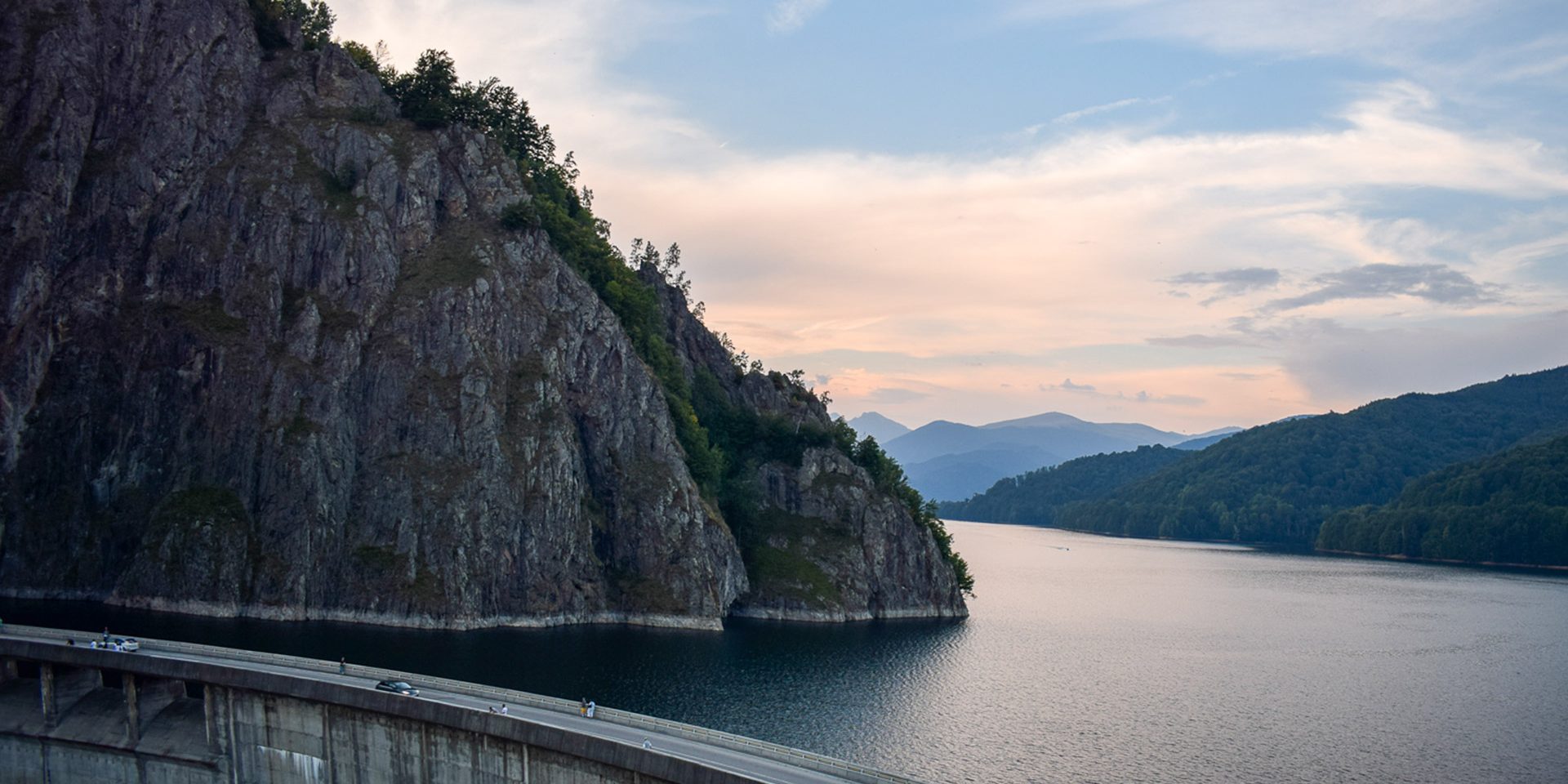 Along the Transfagarasan, 40 km from Curtea de Arges, between the slopes of Pleasa and Vidraru, there is Lake and Vidraru Dam. Built between 1960 and 1966 for power generation, irrigation and flood prevention, it is now an excellent place for recreation, tourism, and sports, such as the extreme sport of Bungee jumping.

The dam was at the finish date, measured at height, on the 8th place in Europe and on the 20th place in the world.

Located between the Frunţii Mountains and the Ghiţu Massif, the lake gathers the waters of the rivers Capra, Buda and several direct tributaries (the River Doamnei, Cernatul, Valsanul, Topologul, Valea lui Stan and Limpeda).

On the Vidraru Dam, as I have mentioned in the first paragraph, it can be practiced the extreme sport of Bungee jumping. Also, on the shores of the lake, there is a suitable area for camping.

Vidraru hydroelectric power plant located underground at 104 meters deep can produce in a medium hydrological year, electric energy of about 400 GWh, with an installed capacity of 220 MW.

You can reach to the dam on the eastern bank of the lake, on the way to Balea, and from the end to the left, you reach the Cumpana depression.

The view from Belvedere is unforgettable, being a point of great tourist attraction.

In order to be able to get a clearer picture of this tourist attraction, I invite you to watch the attached photo gallery. 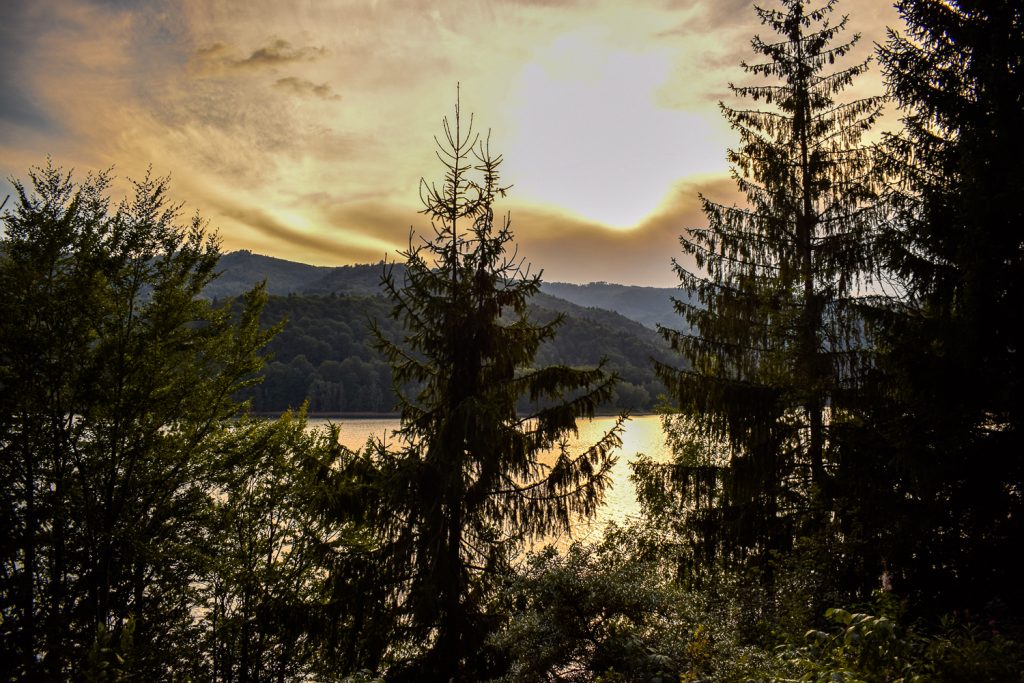 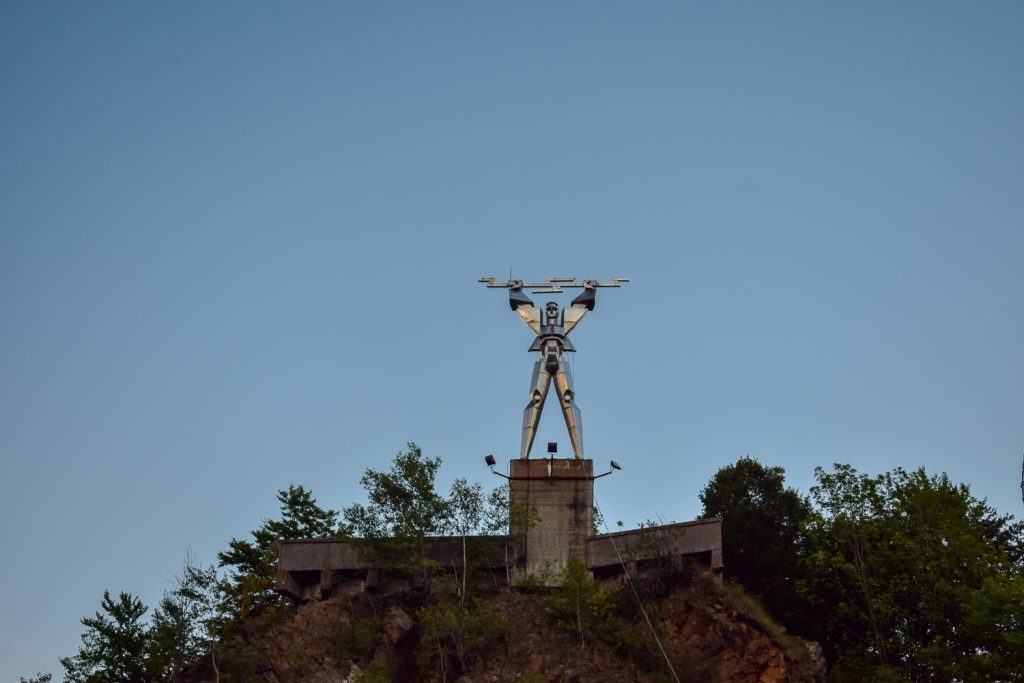 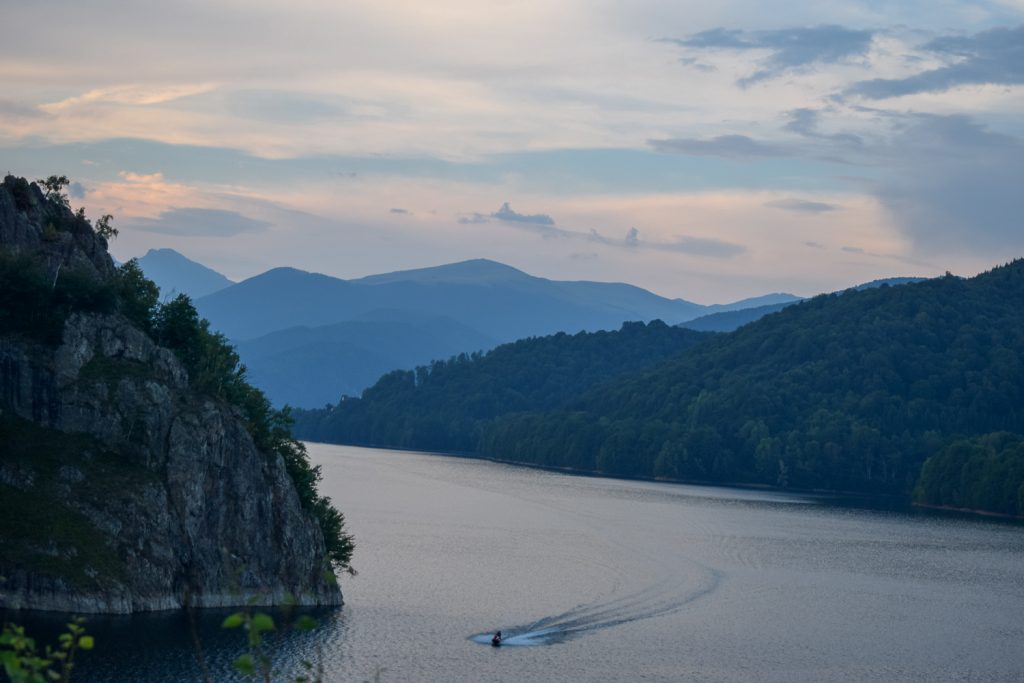 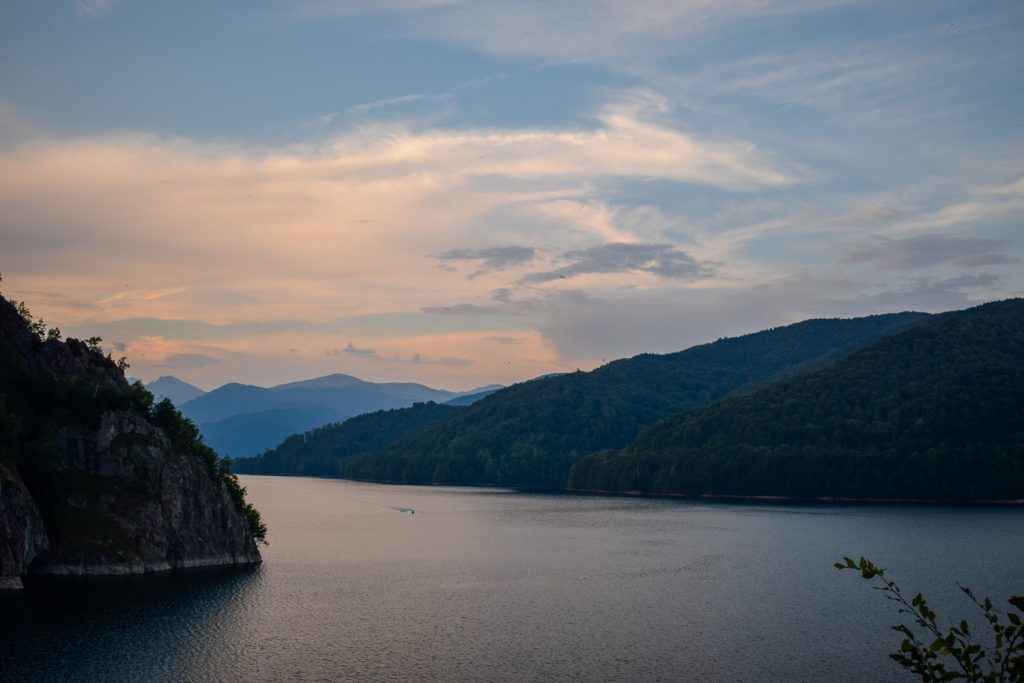 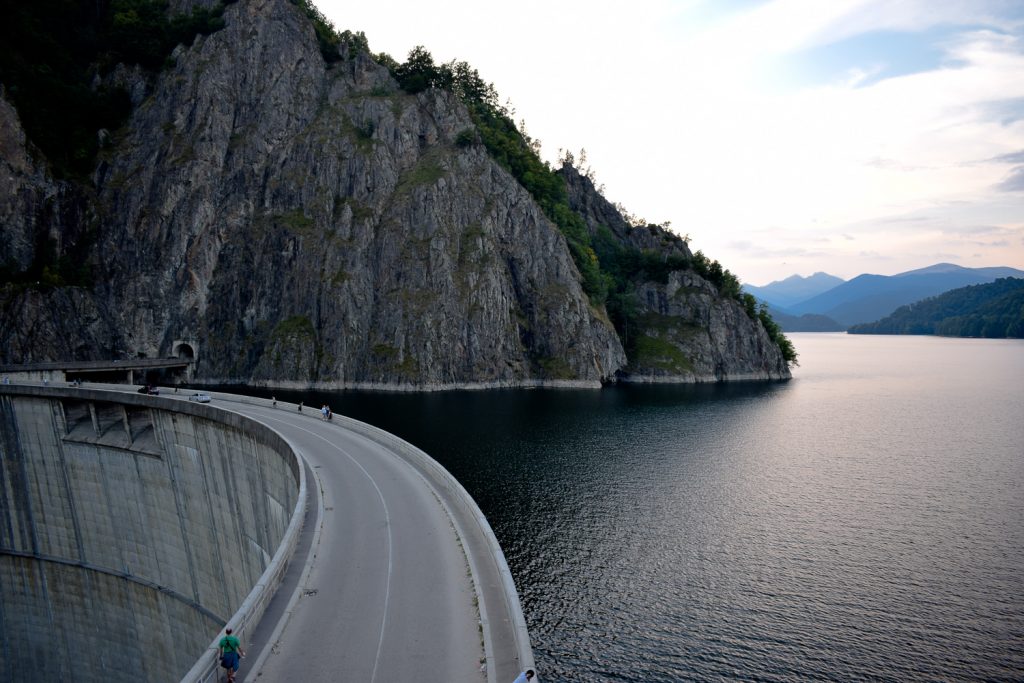 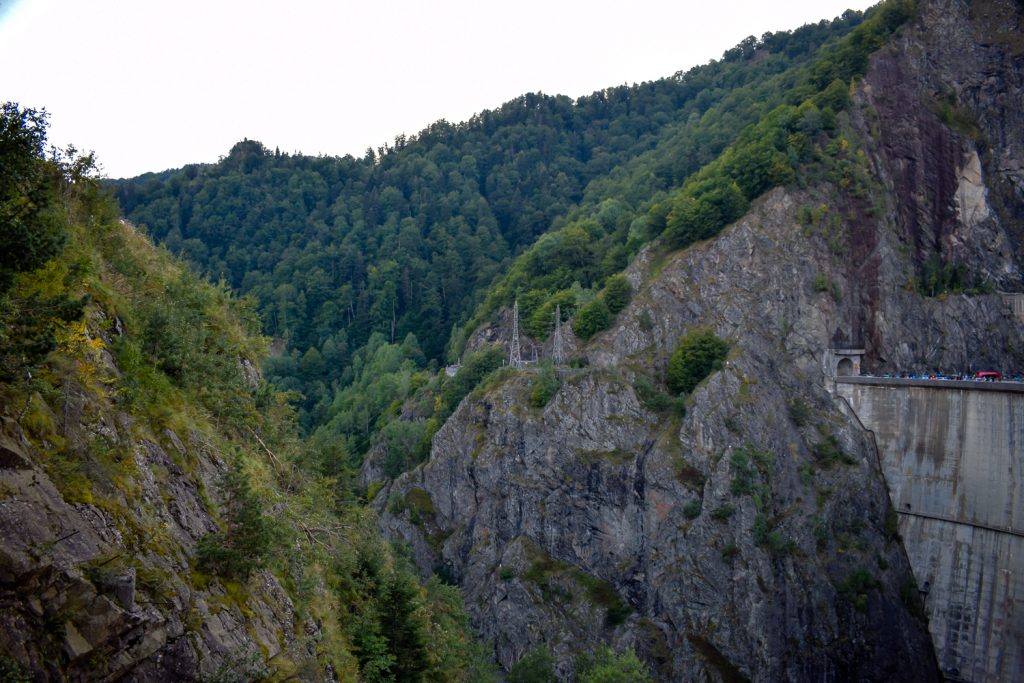 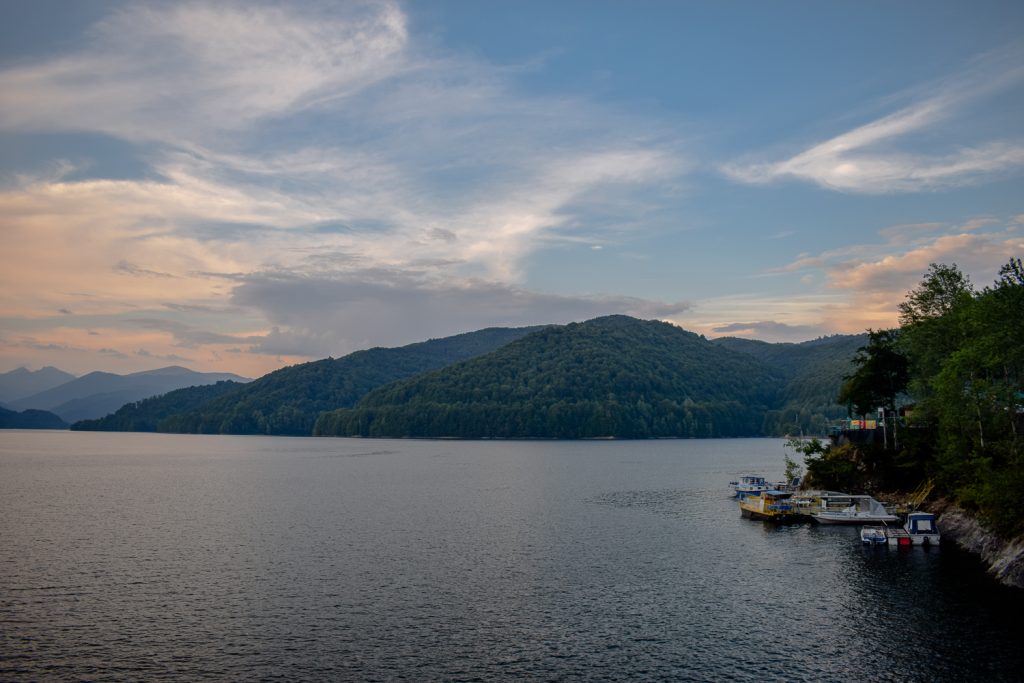 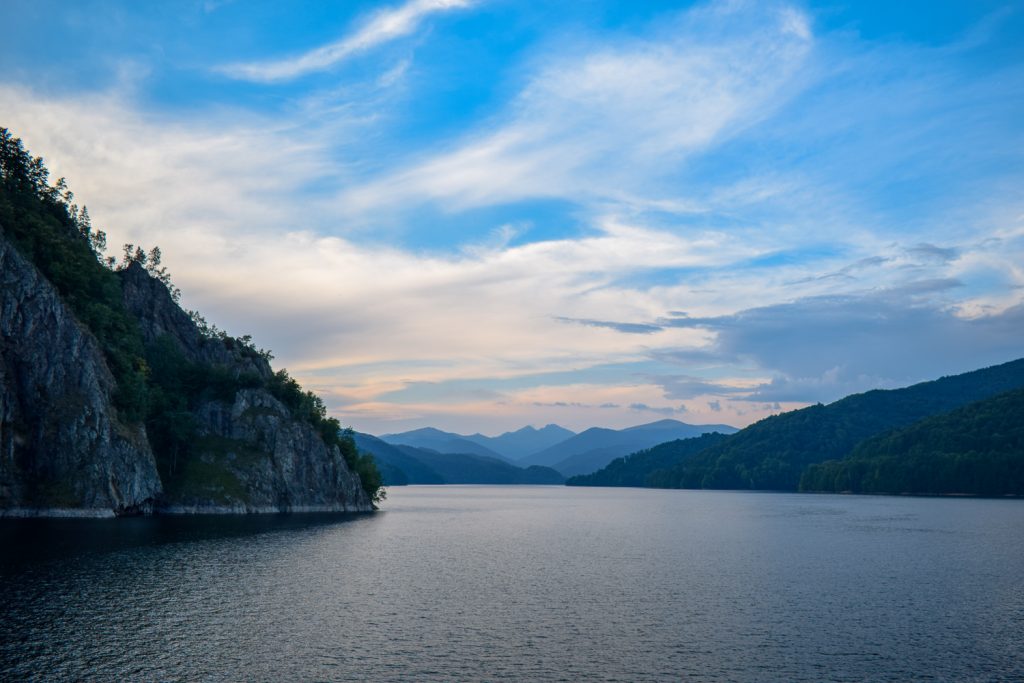