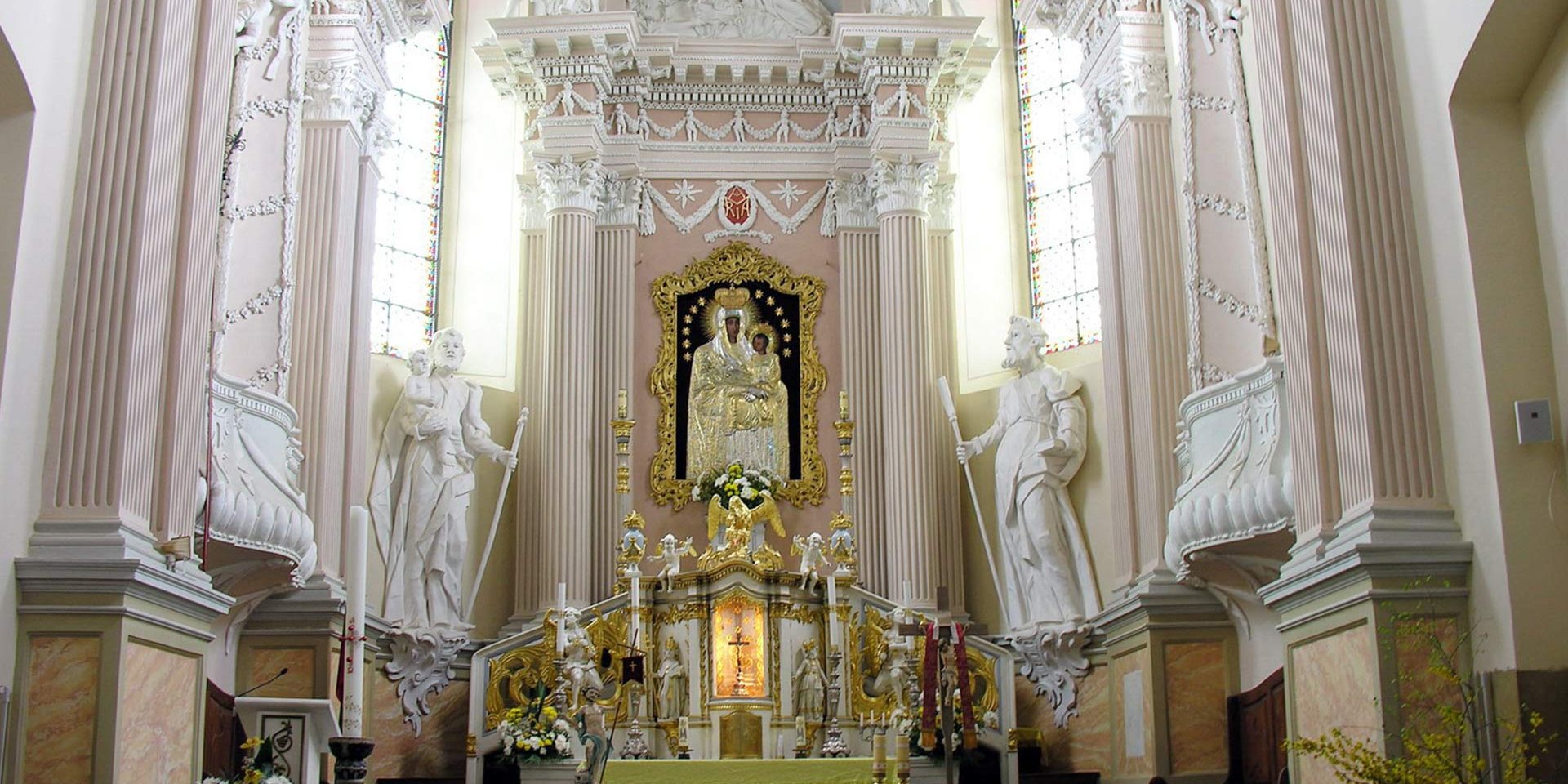 In the center of Lithuania, in a wonderful landscape, there is a spiritual oasis that helped faith to survive during the Soviet occupation, namely the sanctuary Siluva.

The initiative of building a church at Šiluva belongs to Patras Gedgaudas, a simple adviser in 1457.

Unfortunately, Martin Luther’s Reformation in 1517 affected a lot Lithuania so that Protestants have conquered the place where was the church and built a chapel and a Calvinist seminary.

Icon of Mary and several documents were saved by a former priest and buried in a metal safe.

In 1569, after the arrival of the Jesuits, Catholicism began to revive.

In 1600 was imposed a law by which all buildings and land confiscated, to be returned to the Catholics.

After an appearance of the Blessed Virgin Mary under the image of a young woman with a baby in her arms crying, to some children in the year 1608, began the searching of buried safe with the icon and hidden documents.

Therefore, the old documents have helped the Catholic Church to recover their land from Šiluva.

The current church was erected between the years 1760 and 1773, in the baroque style, the Chapel of Mary being built, on her appearances stone.

Mary’s icon is a copy of the icon of the Basilica of “Santa Maria Maggiore” in Rome.

On September 8, 1991, the bishops from Lithuania celebrated a Mass of thanksgiving for independence gained in front of Russia.

Pope John Paul II prayed in the sanctuary Siluva in 1993, and Pope Benedict in 2006, blessing other two crowns for Mary’s icon.

Do not hesitate to visit this sublime sanctuary when the life steps will lead you to Lithuania.

Do not forget to smile!