The Roman Pantheon, the symbol of the greatness of the Roman Empire 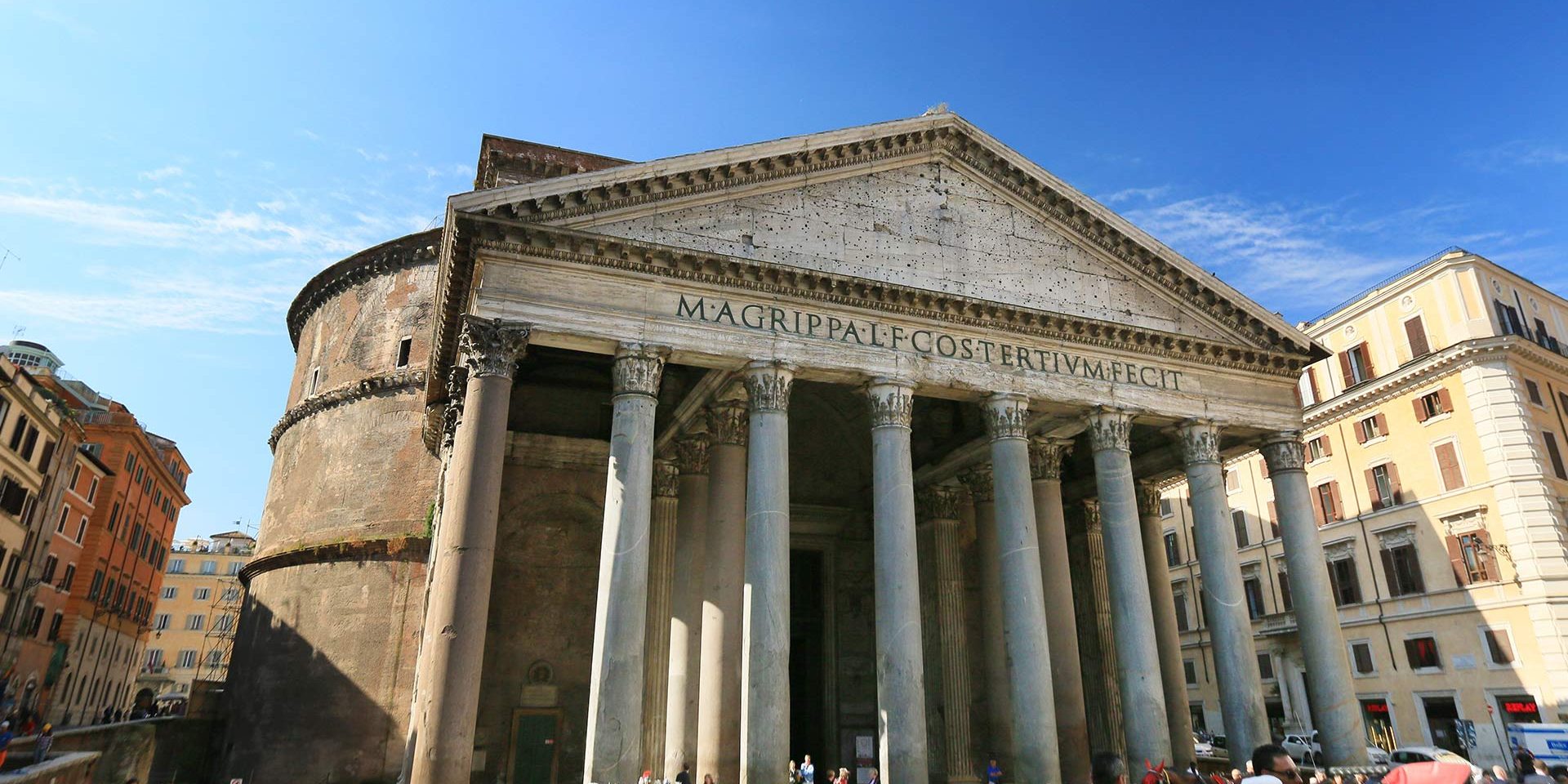 Toward the Roman Pantheon, the temple dedicated to the gods.

A successful trip requires a destination carefully chosen, that to provide exactly what we as tourists expect from a trip, from a holiday.

These being said, today I want to introduce you a touristic objective that you can include in the itinerary of your next trip in Italy.

So, today I will present you the Pantheon from Rome, the symbol of the greatness of the Roman Empire.

The Pantheon from Rome, the giant temple built at the Hadrian Emperor orders and finished in the year 126, is a symbol of the Empire and the Emperor’s force.

Built more than 1800 years, the wonderful building of Pantheon still stands as a reminder of the greatness of the Roman Empire and represents an important tourist attraction in Rome.

The dome of the building, with a height of over 43 meters is the most impressive.

It was the tallest dome in the world until 1436 when the Florence Cathedral was built.

At the top of the dome, there is a large opening, called the oculus, which is the only source of light of the building.

When it rains, the opening creates an upward current which spread the drops of rain.

The front part of the impressive building has three rows of 8 columns, each with a diameter of 1.5 meters.

The massive bronze door provides the access in the cylindrical building.

Its diameter is equal to the interior height, 43.3 meters.

Originally a temple for the pagan gods, the Pantheon was converted into a church in the year 609.

The Pantheon contains the tombs of Raphael and of several Italian kings.

The design of the interior contrasts with the building structure, but the marble floor still retains the original lines from Roman times.

The Pantheon is near Piazza della Rotonda, a rectangular market with a central fountain and an obelisk.

It is situated in the center of Rome, not far from Piazza Navona, one of the Rome’s most beautiful squares.

Therefore, I hope I have convinced you of the fact that the Roman Pantheon, is a tourist attraction worthy to be taken into account on a holiday in Rome.

You do not hesitate to visit the Roman Pantheon, an object full of history and mystery when you get the chance.