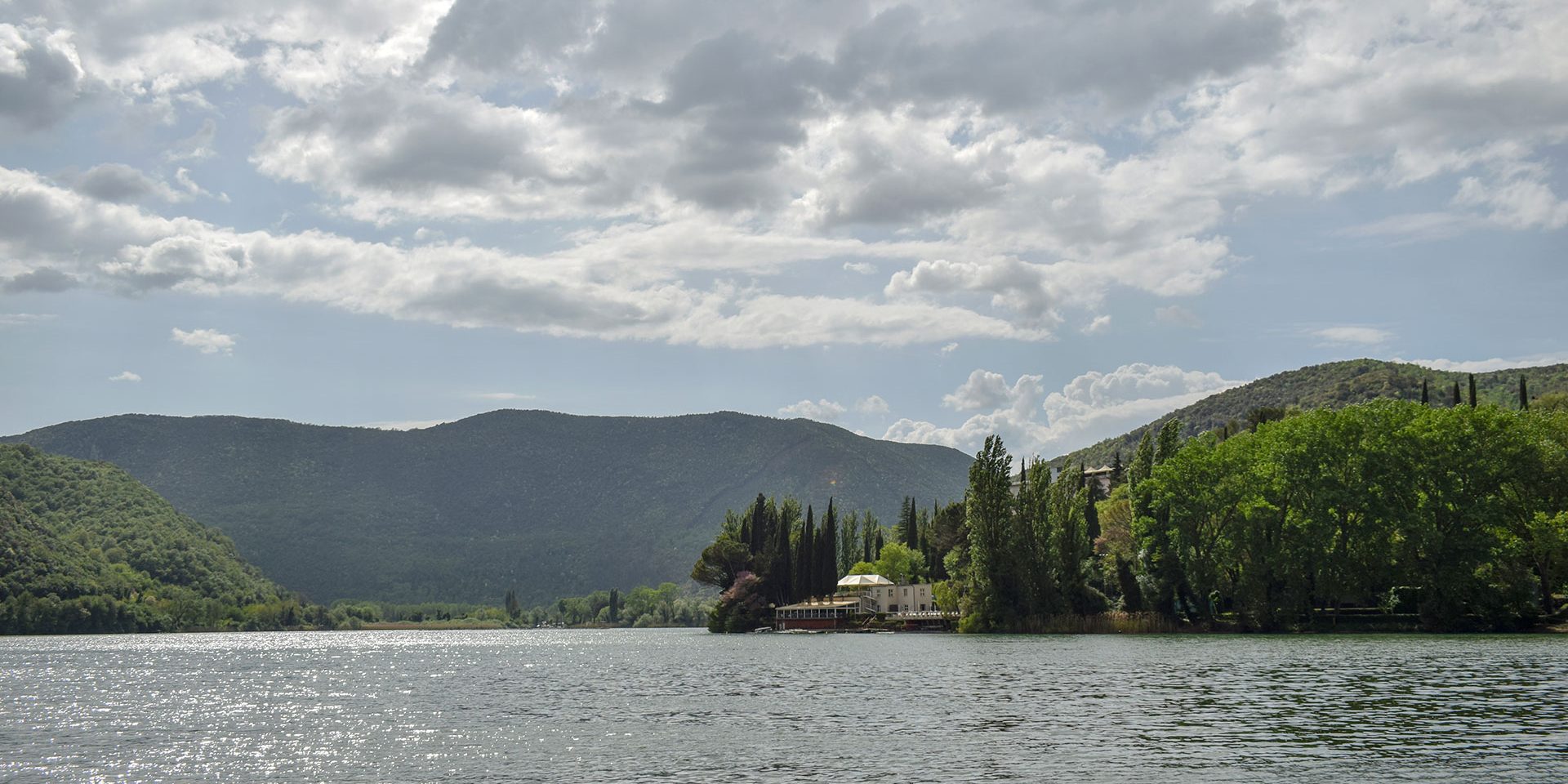 Lake Piediluco is located in the central part of Italy. On its shores is the village of Piediluco, a hamlet in Terni. Situated at the southeastern periphery of Umbria, with a branch bordering Lazio, Lake Piediluco can be considered the region’s largest natural lake after Trasimeno. The name seems to be interpreted as “at the foot of the sacred wood.” Together with the Lungo, Ripasottile, and Ventina lakes in the Rieti province, this is one of the old Velinus Lake remains, a large alluvial basin.

It has an irregular shape with a perimeter of about 13 kilometers. The lake is at an altitude of 375 meters, with a maximum depth of 19 meters. Its natural tributary is the Fuscello River, and human-made canals represent the other two tributaries.

The panoramic view of Lake Piediluco, the second lake in Umbria, is characterized by low-lying colored houses lined up next to each other, separated only by the narrow alleys that move vertically through the ancient village formed in medieval times.

As an attestation of what has been said above, and to create a clearer perspective of this lake of great tourist importance, we invite you to view the attached photo gallery.

Lago di Piediluco is a lake that crosses the border between the Province of Terni, Umbria, and the Province of Rieti, Lazio, Italy. Its surface area is 1.58 km² and is situates at an elevation of 375 m.