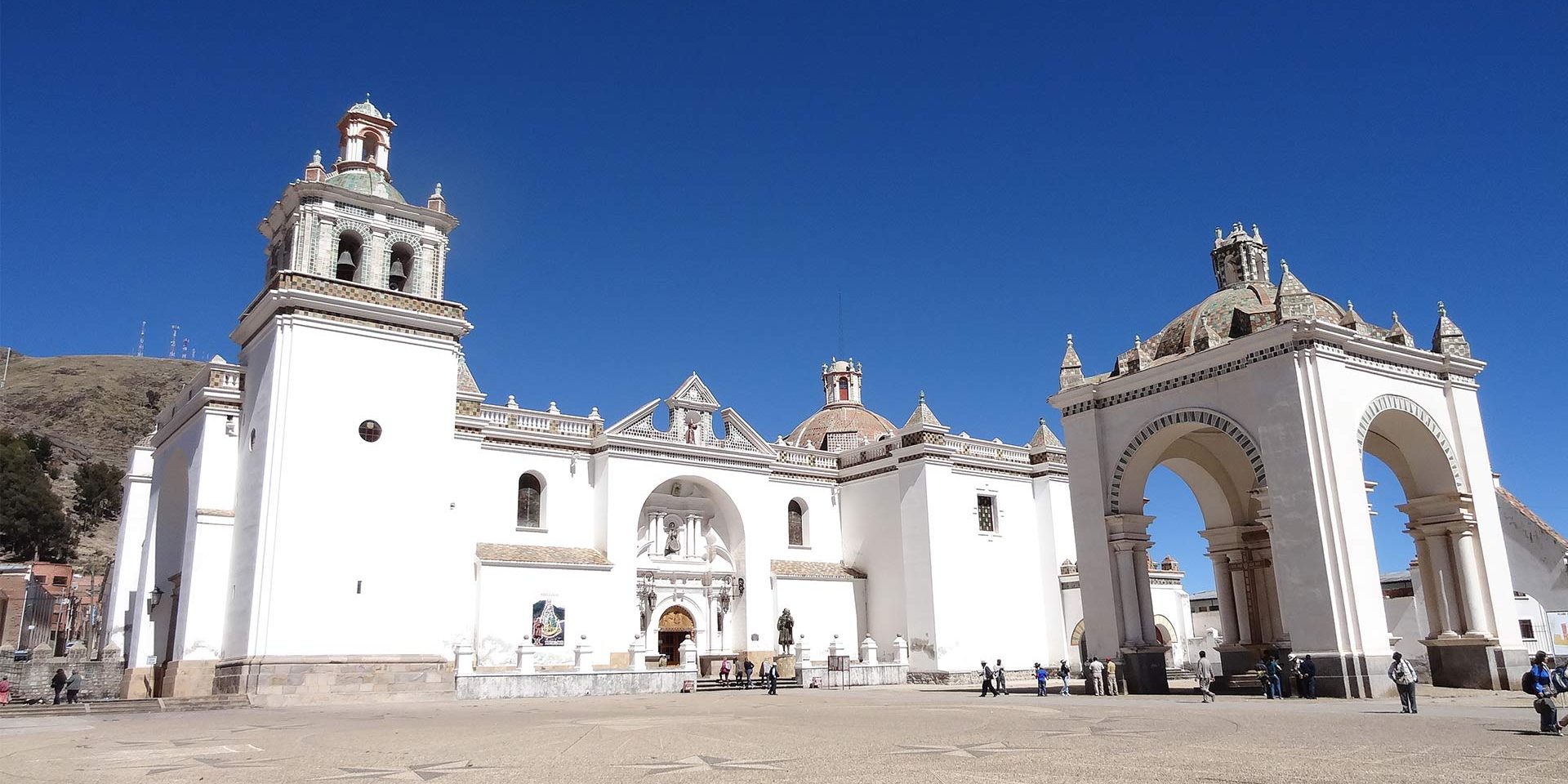 Copacabana sanctuary – a holy place, a place of spiritual discovery.

It is located on a peninsula of Lake Titicaca, in the Bolivian part of thereof, on the border with Peru and just 150 km from La Paz, the Bolivian capital.

The area was discovered by the Spanish conquistadors in the year 1534.

The sanctuary was founded in the year 1550 by Dominicans monks, is one of the oldest on the South American continent.

The Spaniards have introduced immediately the cult of the Holy Virgin, although here was a long time ago, a place of pilgrimage for the Incas, in the honor of the Sun god.

On February 2, 1583, it was presented a statue of Mary sculpted by an indigenous artist, Tito Yupanquim, statue with facial features specific to the natives.

According to the tradition, this sculptor had a vision in which the Mother of God saved a lot of Incas sailors, from a terrible storm on Lake Titicaca.

The statue of Mary placed above the altar carries a scepter in the right hand and in the left hand on the baby Jesus.

However, the baby Jesus does not look at Mary, as we are used, but to the people around him.

Mary’s face is black and her solemn vestments are changed every 3 months.

In the beginning, there was just a simple chapel, but between the years 1610 – 1651 was built the sanctuary in the renaissance style.

The pilgrimage to the Copacabana Sanctuary has developed quickly and become the most important religious center in Bolivia.

Today, the sanctuary is a real complex – the white church on the outside, having in front an immense market.

Returning to the history of the Copacabana Sanctuary, it is good to know that starting the year 1591, the sanctuary has been in the custody of the Augustinians.

But they were expelled by Simon Bolivar, at the foundation of the republic in the year 1825.

From the year 1851 until today, it is in the care of Franciscan monks.

The pilgrims come to the Copacabana Sanctuary to get from the Mother of God blessing for various objects, but especially for cars.

On August 5, when it is the feast of the sanctuary, is held here a unique religious show, with a lot of music, prayer, and the color of the local costumes.

Therefore, those who want to start a journey of spiritual and personal discovery, it may be appropriate to not be excluded from the itinerary, the Copacabana Sanctuary.